I think everyone would agree that additional functionality like rotation per point (on all angles) and custom tube profile would be useful features to add to the tube tool. I, for one, would love that addition. 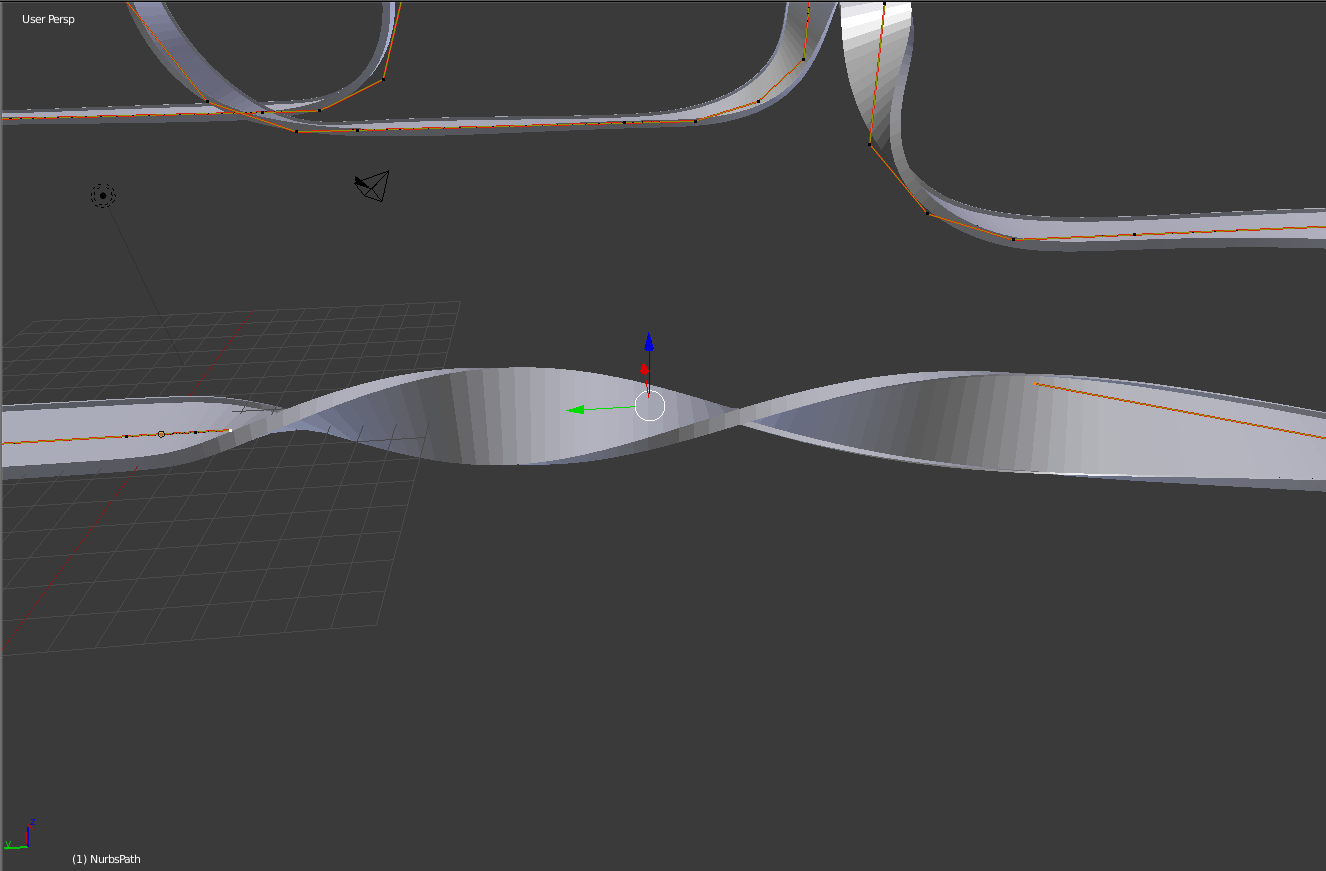 THAT would be a really nice dream come true for me, if the Tube Tool would be extended with such functions. One day, it will surely come.
A beginning comes already in the next update, a Tube Arrey Node.

It is requested very often already.
If it will be once released, Stephomi will have realised a bunch of fantastic visions.

I hope sometime in the future there’s going to be some possiblilty (maybe using github) for users to extend Nomad, writing custom functionality, for example new tools or an extension to a tool like this.

Is the tube array node in the beta?

No, only in the web demo.

Where in the demo?

that would be the best feature ever!!! 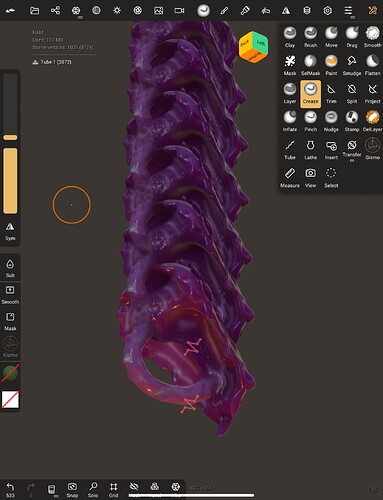 What am I looking at here?
(And how if it’s what I think it is?)

It’s a test of new radial tools from the webdemo.
I created cartilage and repeat it simulating a dorsal spine 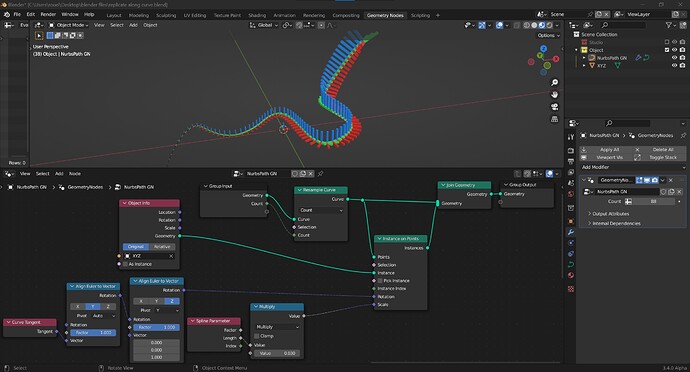 I was about to make a similar request!

Having these function wound open up so much possibilities! 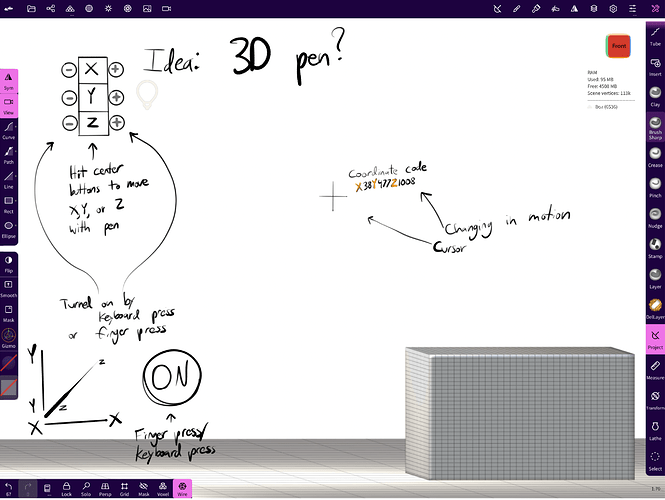 So… It’s a bit like tubing. I’m just trying to think how a 3D pen could work without having “iPad: Hologram” with a 1 sq foot screen.

I like the idea of data on the screen, the XYZ code format by the cursor excites me.

Edit: So the pen would perhaps move two dimensions (left/right: x+, x-, up/down: y+, y-)
which you would change by pressing which two you want. So you could use that “flat map” to transpose into 3D. 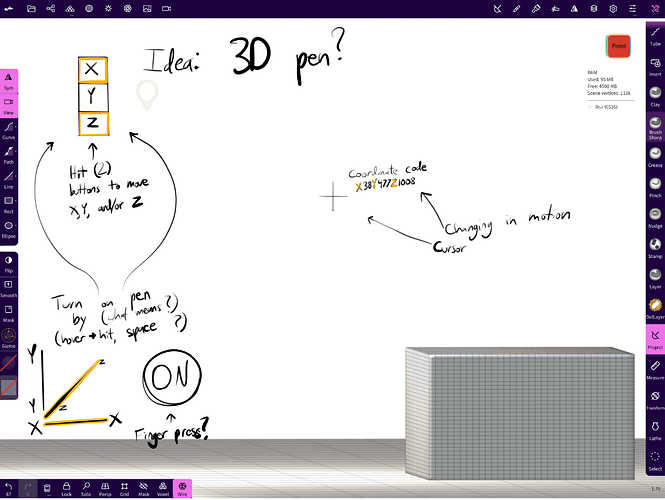 So the reason why you need an on/off for the pen is prior to turning it on you need to position the x, y, z in cyberspace, just to clarify that.

Thoughts: Would a 3D pen actually be useful beyond normal means of creation? More capable than tubing? Worth prototyping?
I’m just throwing ideas out there, this is not something I know would be worth the development of. 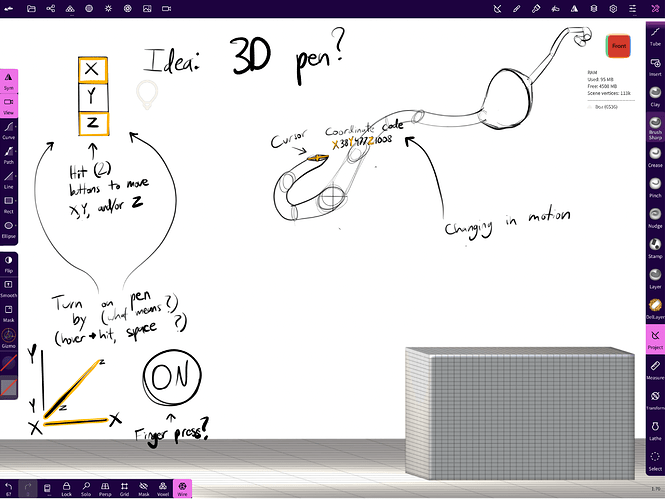 A VR stylus for enterprise. Simple to use, it offers control and precision, unleashing your creativity in VR, on 2D physical surfaces or in a 3D room-scale space.