So there are times when you want instances to be a little bit more dynamic, such as in leaves. But there are times when gizmo affects for large instance groups (rotor blades on a massive helicopter building with hundreds of rotors, for example) where it’d be nice if size, tilt, etc. was applied universally.

It already works, you just need to change the gizmo mode. 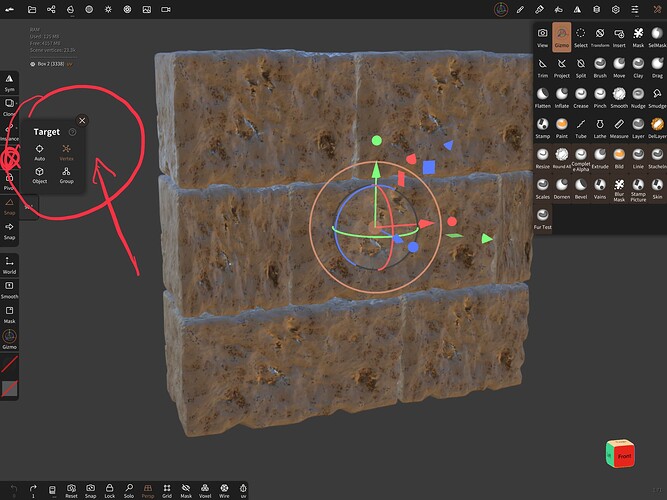 Not sure if that is what’s meant, but a “use each object’s individual pivot” mode would be useful for multiselection.

Staying with your brick wall example, each brick object would scale individually, in a way that the gaps between the bricks become larger.

Similar with rotate, translate, a gizmo would be shown only for the first selected object in that mode, but it would apply the transformation “deltas” to all selected objects (In Softimage it was called “local” mode, link : Softimage User Guide)

That’s exactly what it does, or do you mean something else ?

All instances are selected and changed simultaneously with the gizmo. In this example, only each instance has already been adjusted slightly differently with the gizmo before, so the shearing is not equal. 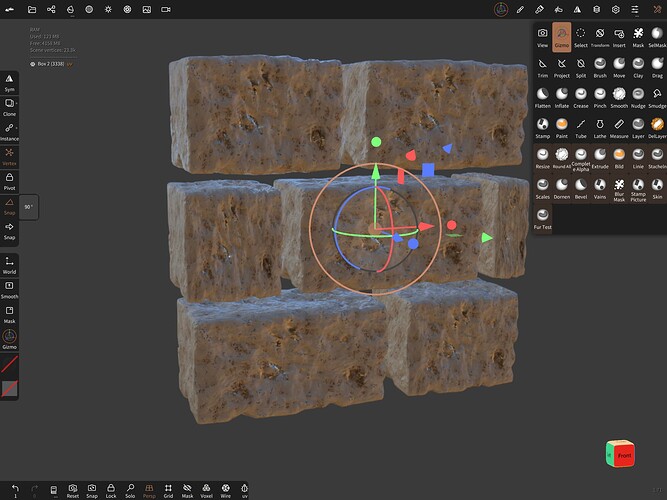 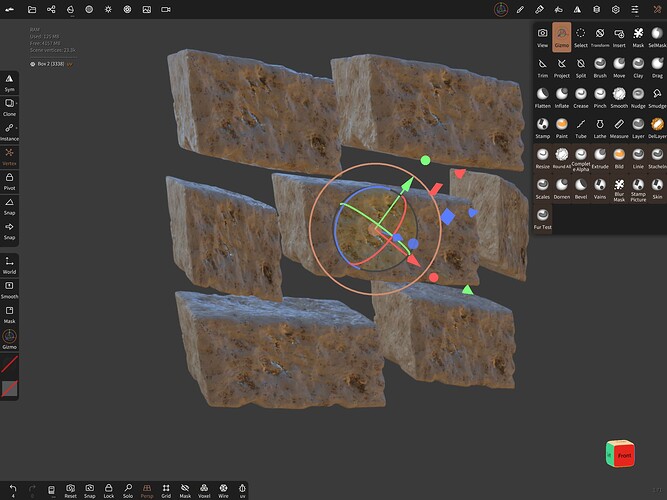 Not quite, it would work exactly like it would with instances, but for any kind of object, uninstanced or even completely different objects. But not sure if that is what OP meant.

It worked! On 60% of the rotors anyway. Close enough.

There really needs to be someone that can put the use of those four functions in plain English, I’m sure there’s a tutorial out there but as it is now their (?) explanations make presumptions about what those controls do at the original level, when people don’t necessarily know what they’re directed at.

Edit: The last two sets of rotor blades are clones of instances, does that make them disconnected from the highest instance?

Yes, they are disconnected.