So it turns out you can run Nomad, Unity, Openscad, etc on a single device, the Chromebook, and with google drive it works great to move projects around.

Chromebooks are convertibles, so you have to make sure to choose one with stylus support

You can get a Chromebook with a high resolution screen.

I use a Acer Chromebook Spin 713, the specs are i5 / 16gb ram / 256gb SSD, 2256x1504 resolutoin, as my portable 3D workstation, I also have an old Samsung Chromebook Plus which can run Nomad, but because it has an arm processor it’s more limited running other apps.

I got my Acer Chromebook Spin 713 off of ebay for about 500$ refubished, I got a cheap bluetooth keyboard I pair it with, so I can have it as a tablet, and use the portable keyboard for short cut keys or moving around between apps.

If you go down this path:

I also use an auto-sync app to sync my Nomad projects to google drive, between devices, so all my nomad projects are available on each device automatically, which also keeps prior verions around automatically.

I do have some issues with some apps, I cannot get 3DCoat to work correctly, older versions of unity don’t seem to work. My hope is as more people realize Chromebooks can use these types of apps that they’ll get prioritized for support tickets.

Not everything works perfect, but I wanted people to know that Chromebooks offer serious alternatives to the iPad at a more afforable price point. 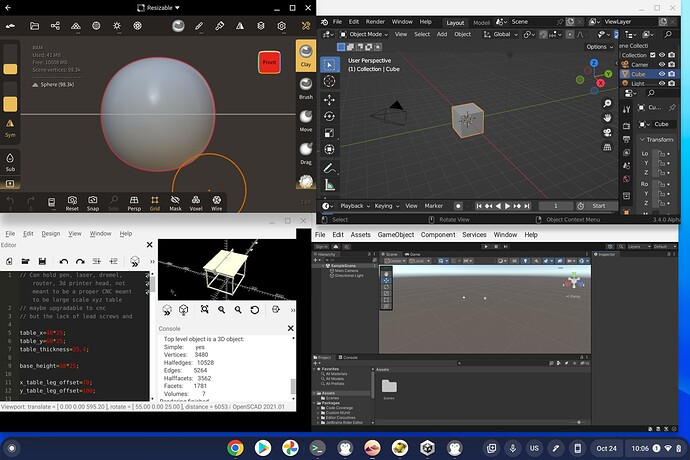