Hi there — if i have a character modeled with its mouth closed and I want to open the mouth (yes there is a hollowed out inside of the mouth) what is the best way to do that?

Or am i going about this the wrong way?

I used masking quite successfully for that: draw a thin mask line between the lips , invert the mask and pull the area inwards into the head.

after that, remesh, and after that you can hide the masked mesh so you have access to the cavity so you can make it into a rounder shape

Thanks man! Gave it a shot … after taking 5 mins to paint a mask, the result is so bad. And you would have to mask out every time you want to make an adjustment i guess eh?

Definitely a deal breaker for me, it would be so much faster and easier to do this in maya, that it is not worth while to sculpt it this way.

Is there no other way? I am trying to think of a better work around… hmmm

Hey I think I read your post wrong and posted the steps how to create a cavity. If you already have a mouth cavity, mask lasso selection (start selecting outside of model) and mask smooth (click in masked area) might work for you:

There are several ways to open the mouth. It also depends on the object, a dinosaur mouth can be opened differently than a human mouth. Splitting the mesh is definitely helpful - then voxelmerge. 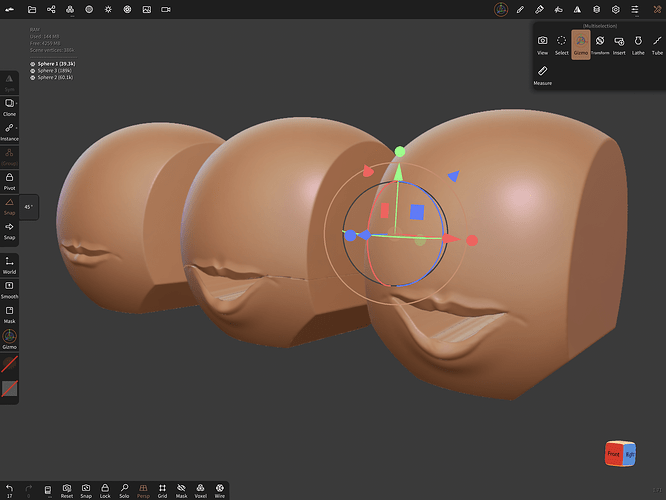 Thanks guys — Ray yes, ‘separate the lips on a mouth with a cavity’ is what i was trying to do. After creating the mask, blurring it definitely helped and i could get the lips apart. Thank you!

i downloaded the mkv file, but my iPad (and me) did not know how to open it.

i’ll keep at it — its hard to keep my patients up, to relearn new ways to do the things I’ve already been doing for so many years.

Imho, there should be a ‘surface mode’ check box on the move tool and this should not be an issue. That is how paint tools have developed over the last many many years and we should have this feature in Nomad, I hope, one day.

I updated the video

Thanks Ray! I see what you mean and that is what I understood from your previous comment. Thank you for the suggestion, it helped!

For most of the models I work with, the lips penetrate in the neutral pose since the effect of them pushing together would be done later in the rig. So doing the selection with the mask is a messy process.

I would love to see the move tool have an option to consider the surface, and not bridge over gaps like this. It is a very handy/useful feature/function.

The surface mode is already, it’s the “connected topology” option in the Stroke menu.
It’s enabled by default for the Move tool.

You need to make sure that the surface you pick cannot reach the other part topologically.
Basically the brush radius should not reach the lips corner.

Ahh yes i see, thank you.

I see I had this setting already on, but it is very sensitive. It seems that if the brush radius can touch the other side at all, even a hair, the effect is nullified. Hmm.

I’ve found the easiest is make the lips separate from the mouth sock until I can position and rotate them for open or closed. The upper lip isn’t affected as much when the mouth opens but it does stretch some. When I have the lips shaped right I voxel mesh the head and lips together and smooth it out. This has saved me a lot of tweaking and masking which you know can be very frustrating. I build the nose separate as well so I can reposition it if needed. Hope that helps. PS it also helps to build some simple teeth underneath to guide the lip shapes. 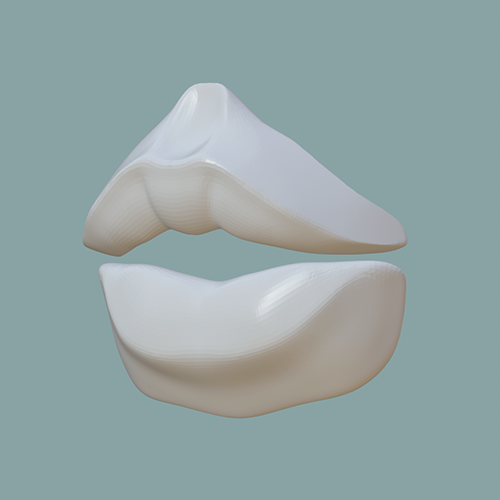