Saw this suggested in my Chrome feed. Requires IOS16.

Claims to be world’s first pathtrace renderer for iOS.

Requires iOS16, for whatever reason. Will run on older iPads (min req. A12 CPU) I believe.

Anyone out there with iOS16, M1 or M2 iPad rolling to give it a shot? 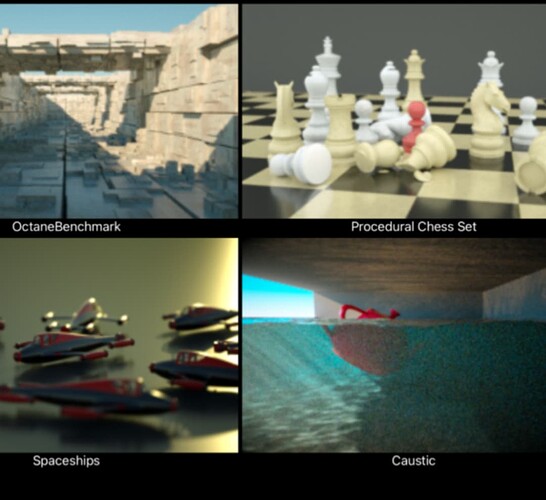 OTOY is proud to officially release Octane X for M1 and M2 iPads bringing the industry’s first and fastest spectral GPU renderer to mobile production workflows – with an all new UX supporting the Multi Touch design of iPad and with support for Apple...

Yea I’ve tested it in my m1 12.9 pro, works surprisingly well. I’ve only rested the demo files. The octane x benchmark file completed in 55 seconds. It does what ut says, full path tracing. Will make your iPad nice and warm in no time though

Cool. It’s so brand new I don’t think there’s many examples out there yet… would you care to demo anything you’ve rendered out?

Nobody working with this stuff?