I would like to post any future works here, and in the context of these I would like to point out, however only briefly, what difficulties or challenges I had, but also how various things could be improved. I also hope it could be helpful to someone. 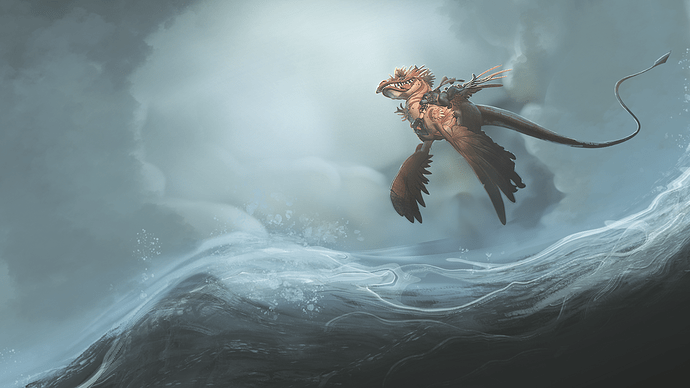 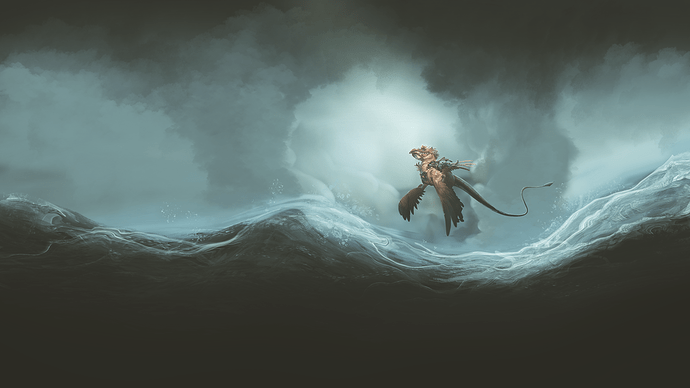 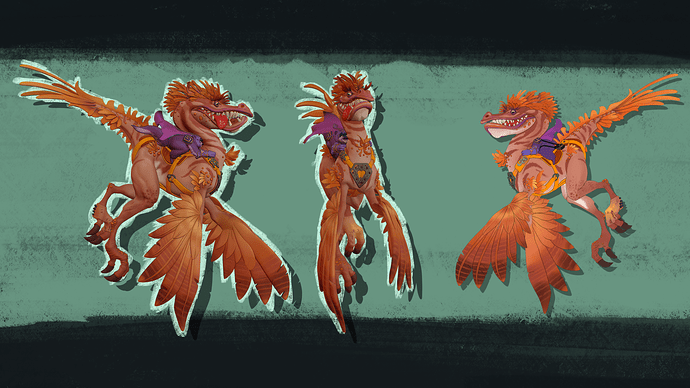 Objects along spline
I started this project to test the object-along-spline feature. The challenge was to spread feathers across the surface. Unfortunately, it is currently very basic and lacks features like, alignment, scaling, random rotation/scale. Stephane is probably already working hard on it

An additional option could be alternating between multiple cloning objects. Say we have 3 different feather-models and want to randomly clone/scatter them along the surface.
Workflow could be :
-Selecting multiple objects before pressing the +spline.
-Having all scatter objects be in a group.

Pose
Probably the biggest challenge for me currently is posing models, especially complex models consisting of dozens of elements. Of course, the hardcore approach would be, to model it already posed, but that would require double the time, since symmetry can’t be used.
Modeling a character in a straight pose (t-pose if you will) to utilize the symmetry, has the downside that posing it, with all it’s props and sub-objects will become cumbersome.
Here a crazy ( maybe even impossible ) idea. Consider this a brainstorming session.

I guess the layer system could be used to switch between poses.
Maybe introducing Pose-Layers. Say we model the main-body in a t-pose, then pose it before modeling additional objects. Once done, we switch the pose-layer off to get back to the t-pose, where we can start modeling additional objects. We then turn the pose-layer back on, add a pose-layer to the new object and move it to the posed main-body. Now, the main-body’s pose-layer could be the Master-layer, all the others ; slaves. When the Master-layer is turned off, all slaves follow.

Of course, there is also the approach Zbrush offers : Transpose-Master

This is wonderful. Much too nice to not see a close up as well

Well, in all honesty, the model is not suited for close-ups. Would need much more time to polish it for a close-up, and I had to decimate in order to keep my old iPad from dying on me

I might up the res and polish it in procreate as I really like it as a print on my wall.