A couple of thoughts on UI

I was thinking earlier about a couple of things as I was working with Nomad.

These are only my small opinion obviously and should be taken with a pinch of salt.
Everyone feels differently about these kind of things. People out there might hate the idea or see it as pointless? But just thought I’d say anyway. I love this app and Stephanie has achieved an amazing thing here.

But I think it might be nice if the gizmo graphic itself was a bit… lighter? Slimmer? Perhaps we could be able to make it transparent? Myself, I just find sometimes that it obscures what I’m looking at/trying to work on. Again…that might just be me and ppl may argue ‘just get used to toggling it off’ 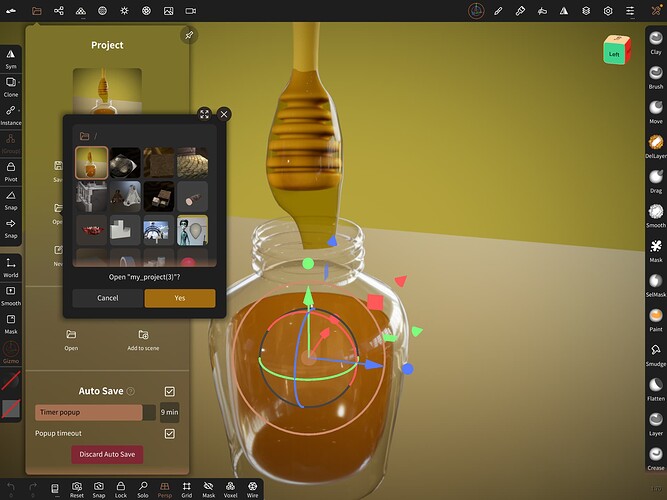 Just me two cents. Or pennies as we have over here.

Just make the dialog box bigger and press the little make bigger sign next to the X.

I totally agree about the gizmo. A finer/thiner lines or opacity option would make it far less distracting. Would spare me toggling the gizmo on and off like mad.

Hi skillip.
As far as I can remember I think there is an option in either gizmo settings or settings that enables the gizmo to be hidden on interaction, I don’t know if this could help, but, I have found it handy now and again when I’ve needed to be able to see my sculpt and what I was doing with it.

As for the selecting projects box, holger has said the best way to see them, I get what you are saying about it, even when you press the enlarge box next to the cross it does work, only the models still stay as thumbnails, I’m not sure if this is an iPad issue or just something Stephane hasn’t coded in yet, you know to make the thumbnails smaller or larger.

Just re read the gizmo part, I don’t think what you are wanting it to do is in my answer, sorry.

It could be handy though to be able to change its opacity, I know you can tinker with it in its settings for its size, can’t remember seeing an opacity slider though.

Hi holger. But I guess I was more thinking… it would be good to have larger thumbnails for projects… maybe a bit more like the way they are presented in Shaperd3d. 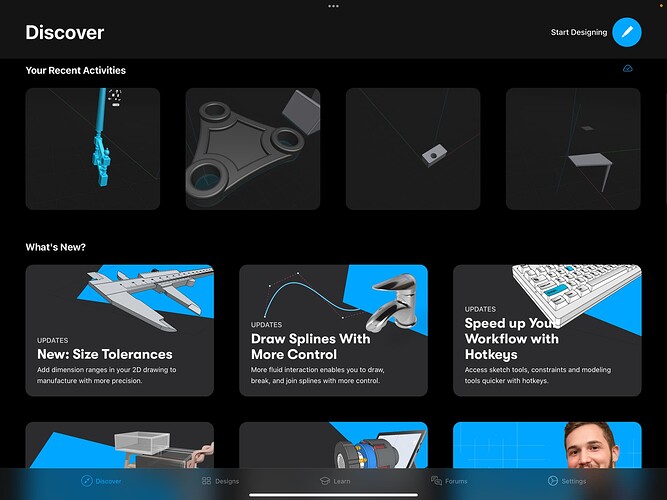 You have to write to Stephan, I’m just a user too.

Options to turn off x/y, y/x, z,x gizmo functions and those planes would help too.

I thought the planes constricted motion to a single dimension but apparently not?

The amount i use them… well it’s usually just x,z - and 3% of the time. Sparse enough that it wouldn’t be a hassle to check on/off.

Usability is nomad’s greatest advantage so deep conversations like these are important.