I wonder how can I switch axis from one object to another one so I could Do Radial Symmetry around that object as well? Like I got two objects, one is the original/first one and the second one I added later on in different position. If I turn on radial symmetry, it’ll be around the first/original object. Now I want to add new mesh around the second object by radial symmetry. How can I achieve that?
I hope the question is understandable.

Symmetry is handled per object which means if you set [radial] symmetry one one object, it’s only on for that object. If you want it on another object, you have to set it for that object.

Thank you for the answer. But the issue is that I can’t figure that out how to.

How did you do it on your first object? 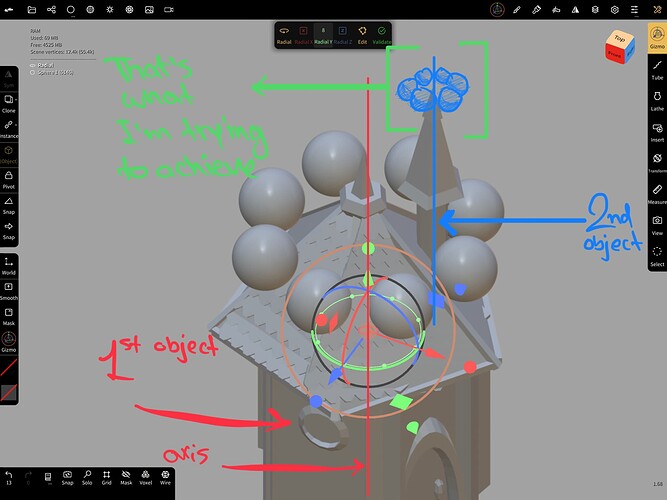 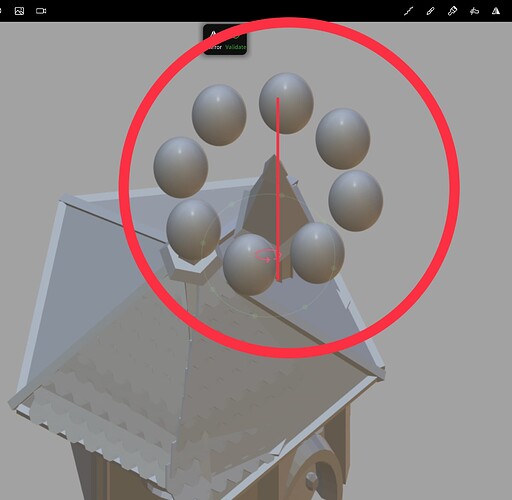 That’s what I’m looking for. But I had to move all the new spheres to that 2nd obj(in this screenshot). If there’s an easy and accurate way I’m missing?

I have made a video on this matter, maybe it helps you.

Oh my goodness! This worked perfectly.

Thank you very much for your kind help.

Not sure if this helps but instead of adding radial symmetry, you can add a curve repeater (it will be positioned on the center of the selection).
Then switch the curve repeater to a radial one.

Hello, Stephomi! Unfortunately it doesn’t work. But thank you very much. That video shared previously is the way to do that.