It’s more a trap than a bug.
I created an arm tube, added a mirror node and added a primitive for Hand palm and tubes for fingers.
The finger were added later.
Due to later added fingers and mirror node, I didn’t realise that I created the finger on opposite side than palm.
Moving was a bit strange but ai didn’t mind.
Finally I wanted to voxel merge both objects.
Instead of voxel merge both objects were joined, but still both parts were selectable, with same name, same polycount.
Tapping on one part, turned the check in scene menu on for being selected, taping the other part turned the check off.

It took quite a while to test what happens if I move the object out of mirror node to realise one part is on the left, one is on the right.
Voxel merge was for sure not possible.

How can this mistake b avoided? Maybe a little hint, where original object inside a mirror node is created? Blue for right, green for left like navigation cube? Or a tiny arrow? Or a different selection sign if they are not on same side?

As said, it is not a bug but I felt seriously trapped.
I will use the eye icon beside mirror node often from now on to see original location. 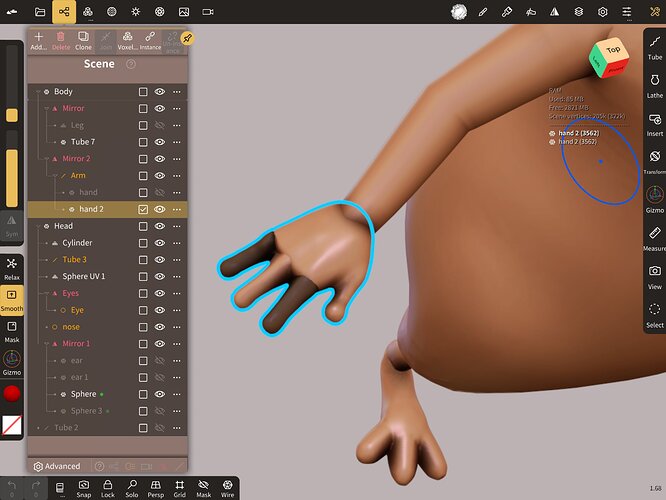 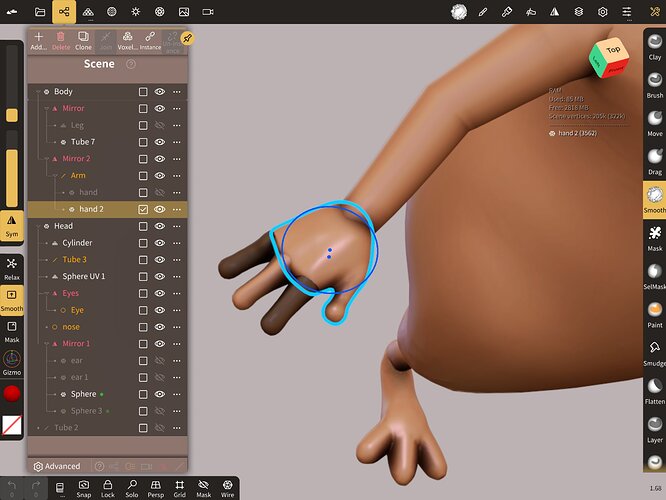 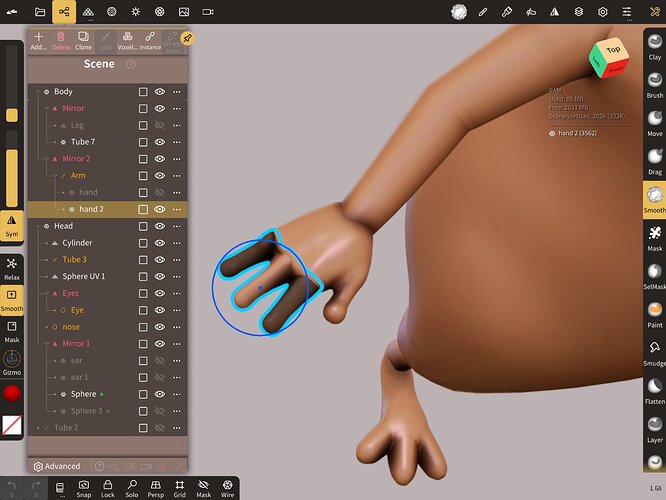 Note if you click a second time on the mesh in the hierarchy, the base gets selected, instead of all the instances.
The logic will likely be changed in next release (by default the base will be selected instead of every instances)