Discrepancy between screen capture and render on 1.66

I’ve noticed that when doing a render with particular post process stylized settings (curvature, sharpness, DOF) that I don’t see similar results when comparing my working Nomad file to my render. This happens regardless what my render resolution is. Just curious if this is a known bug or something I’m doing wrong.

I will attempt to include images, as I’m still considered a new member I’m restricted from posting multiple images unfortunately. The focus should be on the black lines filling in recessed cavities. Thank you. 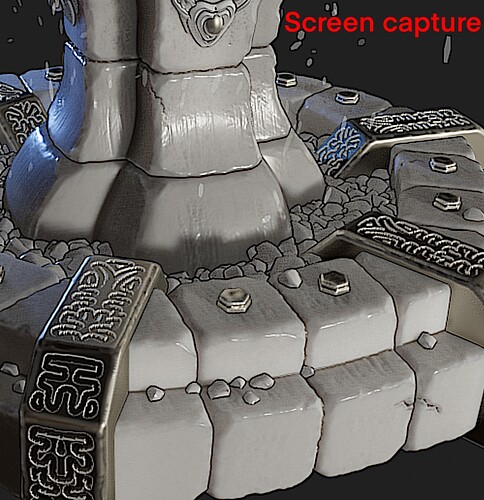 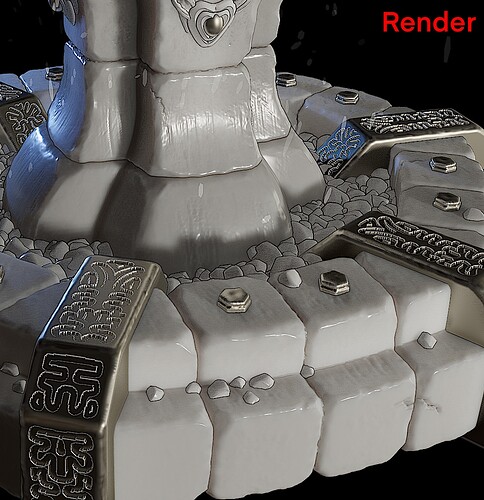 This happens regardless what my render resolution is.

Hmm I doubt that because it’s probably the only difference between viewport and render.

For now, curvature is sensitive to resolution so that’s why you see a difference.

Note that the resolution in the postprocess menu is ignored by the render export.
If you want a similar result you probably want to reduce the export render ratio to 0.5 (it will render at half resolution and then upscale, similarly to Nomad viewport by default).

DOF and sharpness shouldn’t have much difference.

Thank you sir! I was seeing no difference before whether I went with screen size or 4k but going with your “.5” suggestion did the trick. Nomad Sculpt is amazing BTW