Sprinkles on a pink icing donut

I’ve created a donut, used a torous shape, then doubled it and cut the second part in half for the icing. Changed it to pink and added more reflectance to be more glossy. Used a drag tool to make the icing shape distorted and added texture to the base. Created the sprinkles with cyclinders and a sphere cut in half and placed on both ends, then smoothed that out, cloned plenty of times and coloured them in. I wish I knew a way to displace them more randomly… I tried those array tools but I couldn’t get the outcome I wantes. So I placed them individually. 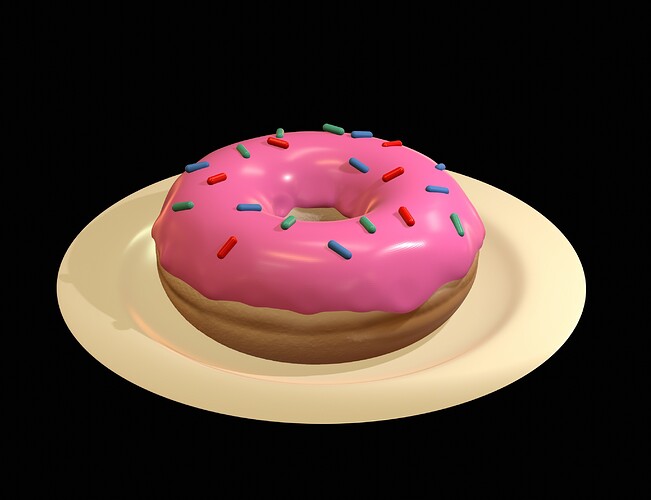 Very nice! You should be able to Clone and Insert them anywhere you tap. Close your eyes and tap randomly at the screen and you should be good

You don’t need to make the sprinkles so cumbersome.
The first is a sphere- then activate sym and use gizmo.
The second is only tube - div 4 + sub 3 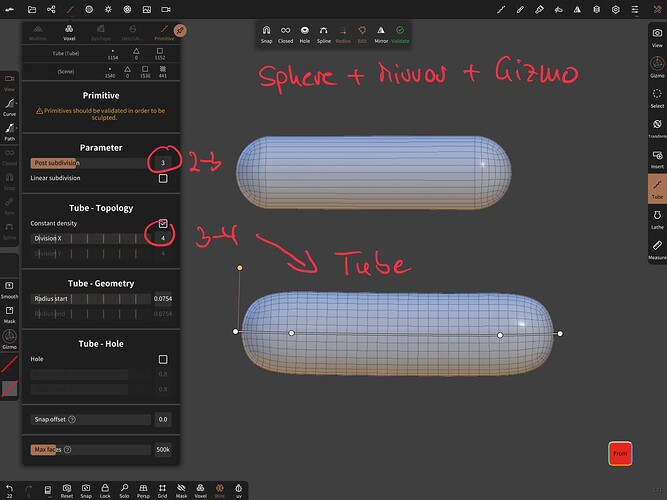 The way you did the sprinkles is way too elaborate

Could be done in under a minute. See post of Holger.

In the end, use to move tool to bring in some natural shapes. They are not always perfectly straight.

Omg yeah, I completly forgot about stretching out a sphere on here. That would have been so much quicker. I think I like the look of the tube method instead actually, as my friend said the sprinkles look too much like Matrix pills on the donut

Yeah I didn’t realize that I could that in Nomad, that would be a lot better.

I noticed something that I was struggling with, when I cut the torus in half the pink icing, there was no inner part to it, and I didn’t know how to bring any thickness to it apart from using an inflate tool in parts