Thanks. I took time to be as accurate as possible. I am considering making some videos - but for it to be watchable I suspect you have to make things twice, once to work out how to do it, and then for the video!

Impressive work!! Specialy when you know that is not a dedicate boxmodelling software

here are some screenshots from the web demo: 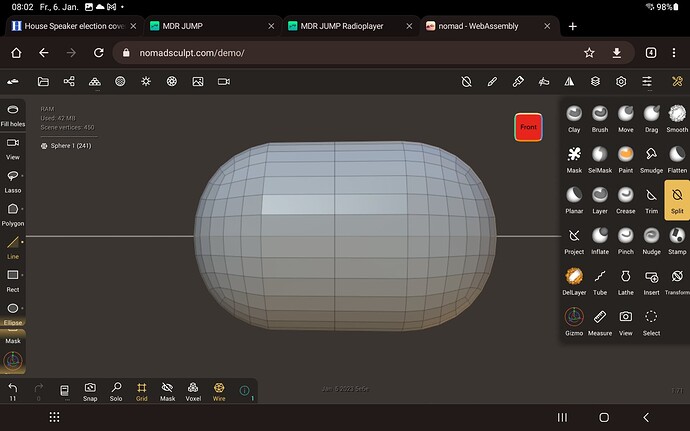 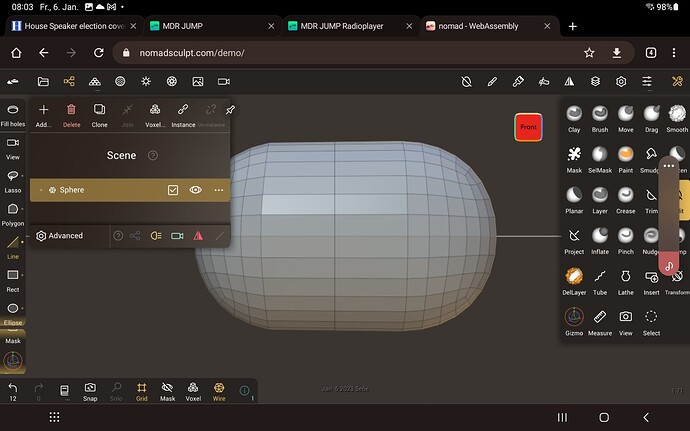 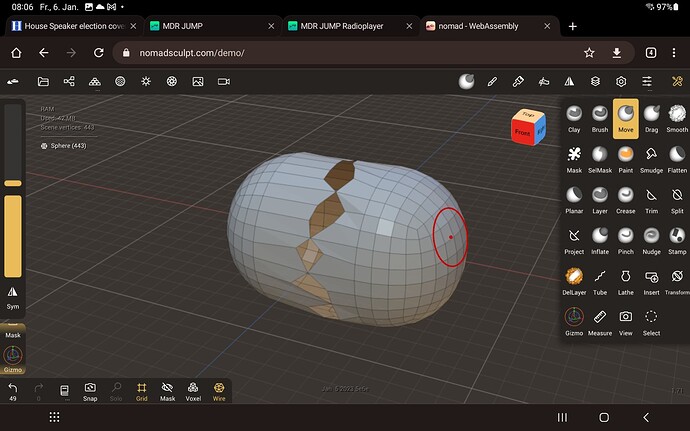 The vertices that still stick together really seem to have been merged. The other ones - not so much. Sometimes it takes some time to get the openings, because the move brush get both vertices. But if you zoom in, this result is reproducable.

Then again - the same cut applied with the rectangular selection - all good. So apparently if one wants to do some box modeling in Nomad, for now it is safe advice to steer clear of any line cuts.

Thanks for the screenshots. I get the same results as you with the web demo: rectangle seems fine, so does lasso using split, but line doesn’t join back together properly.
However, I think there is (sort of) good news : doing this test made me realise that I hardly ever use line with the split tool; I basically always use either rectangle or lasso. So I went back to the proper app (not web demo) and tested split using the line; sure enough it created the same problems as the web demo - mesh split using the line doesn’t join back together properly.
The reason why this is good news is that it shows my version of Nomad is basically functioning the same as yours, and so long as you just avoid using the line to split then you should be able to use all the box modelling techniques that I do.
When you first brought up your query I think I just assumed that I did sometimes use the line method for splitting and that it worked for me, but now after proper testing it’s clear that it doesn’t work for me either! But like I say, all the things I’ve done should be possible for you so long as you avoid using line.
I think only Stephane will be able to explain why the line method behaves differently from the other split methods.

I finished off modelling this spray bottle and thought I’d try a classy product photography style image. (The spray bottle was poly modelled using just Nomad, rather than “sculpted”. Scroll up this thread to see what it looks like before subdivision and an explanation of what poly modelling techniques are possible in Nomad. Since making this I’ve bought CozyBlanket lite version, and it would now probably be quicker to do a rough sculpt in nomad, then create the desired edge flow topology in CozyBlanket, then bring it back into Nomad to subdivide) 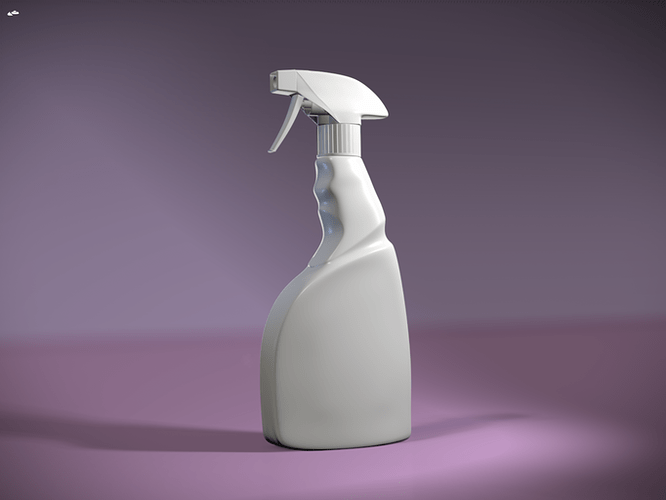 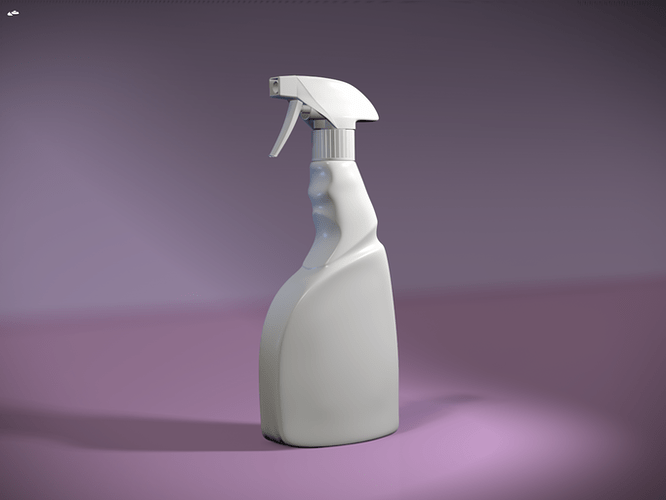 Cool, I tip my hat to you.
What is the difference between the first and second image?

Is there a software for Android OS that has similar functions to Cozy Blanket?

Thanks. There’s not really much difference - the top image has a rim highlight and the bottom one doesn’t; I couldn’t decide which I preferred so posted them both!
I’m afraid I just don’t know about retopology apps for android. In general though, I suspect we are going to keep getting more 3d programs of all sorts in the years to come for all tablets, as the tablets get more powerful. That’s what I’m hoping, anyway!

Edit: It’s probably as quick to make the body of the bottle directly in Nomad, rather than rough sculpting first then retopologising in CozyBlanket. The top nozzle part was quite tricky to model just in Nomad, so it would make sense to use CozyBlanket or a dedicated modelling app for that. Here’s some detail on the top that you can’t see in the main image. 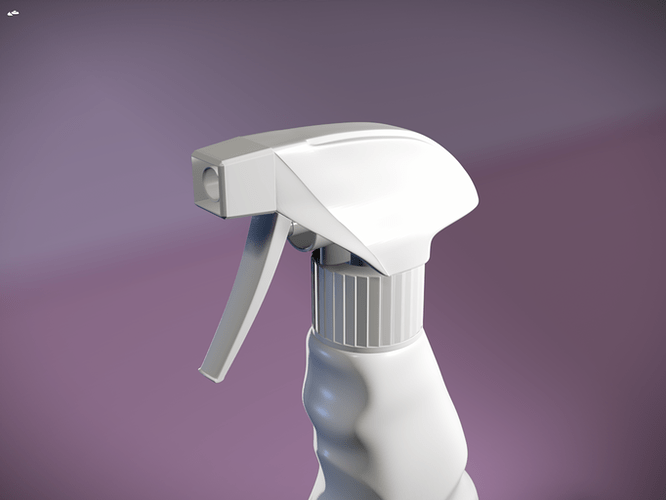 This took a ridiculous amount of time to work out how to do. I started with the intention of creating it with clean topology just in Nomad, and probably wasted a lot of time trying; but in the end, I made it with a “brute force” approach in Nomad then retopologised in Cozy blanket lite to get the crisp edges. I like it, but it was so much harder than the previous “mobius” twists I’ve posted on this thread. 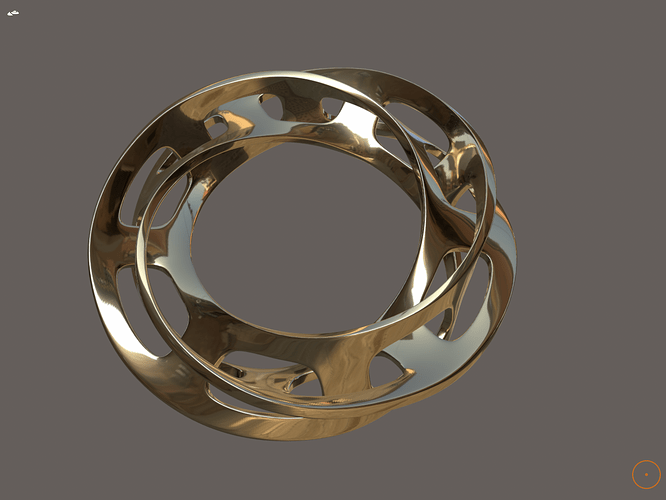 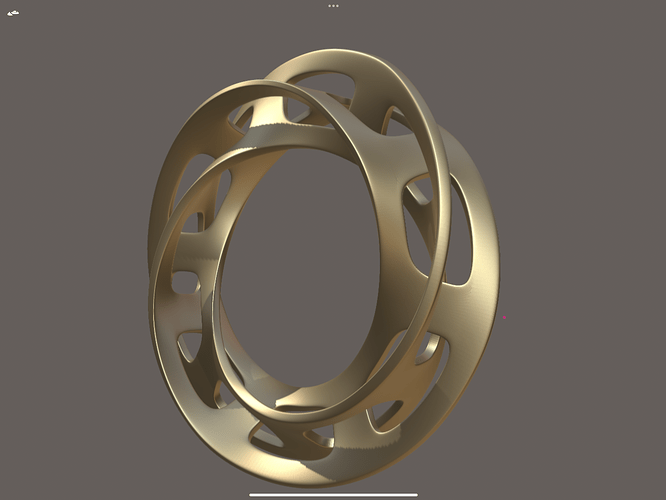